This new bike release has just been announced today by Giant Canada. Unfortunately, to date there is no timeline for availability, or pricing, but it is fully expected to be early February, March 2022 at the earliest before this bike hits the shores of Canada. As soon as we have firm pricing, we will announce it here. Until then, we will not be accepting any pre-orders for this bike, and just an FYI, bike availability during 2022 will again be in short supply, so this bike, due to it's price and unique features, will be super challenging for us to source from Giant Canada.

There are some major changes on this new bike compared to the 2021 Revolt E.

The biggest change is a new 85NM SyncDrive Shimano motor being paired up with new Shimano GRX RX815 Di2 kit, allowing assistance levels to be changed via the STI levers, providing a cleaner control system and cockpit.

The new frame is totally revised and streamlined, while being powered by Giant's most advanced E-bike battery, the EnergyPak Compact 500WH, 36 V, 13.8 AH lithium-ion battery.

This is Giant's first E-bike to be equipped with an electronic shift system, and trust me folks, lots of customers have been asking for this. Attached is the overview of the new bike. 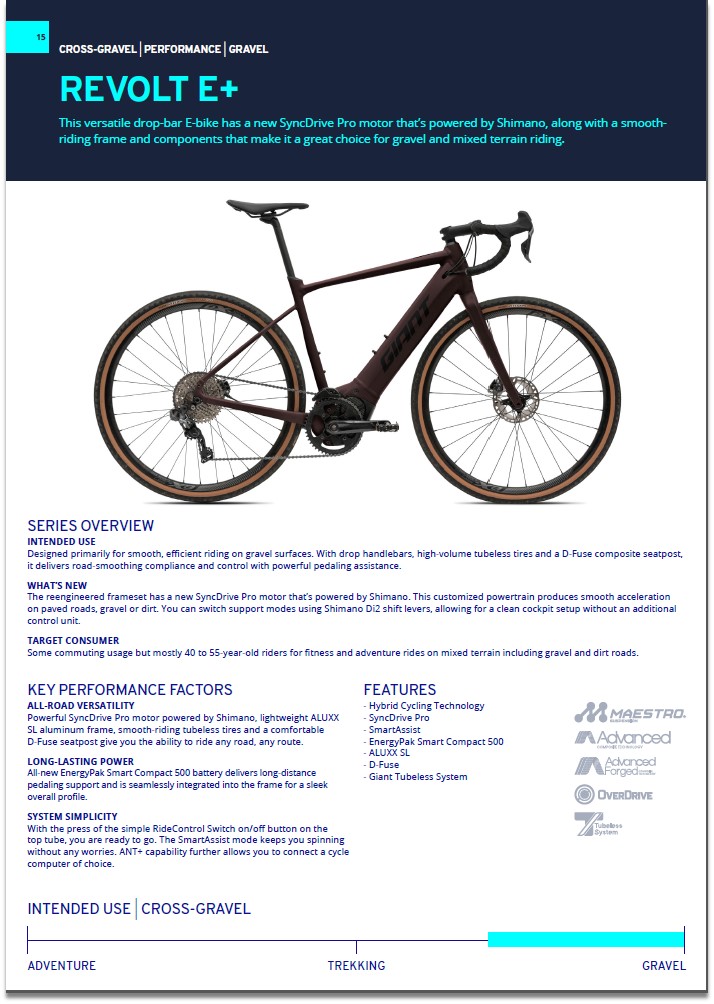